On Friday 14th November 2014 Le Tonlé and CRDTours were proud to join hands and host the opening party of their new house. In a traditional Khmer house opposite the already existing Le Tonlé guesthouse and restaurant, CRDTours has opened a new office on the ground floor and Le Tonlé has expanded its guesthouse with five more rooms upstairs.

Then it was time for the guests to look around the house.

Among the guests were CRDT’s partners, volunteers from VSO and CRDT’s staff. People tried the comfortable beds and hot water, walked through the office and read the inspirational quotes on the walls. Generally, everyone seemed very impressed. The decoration of the office and guesthouse and lighting in the rooms were especially praised highly!

Dinner was served on long tables and all the guests enjoyed the spring rolls, roasted chicken and tofu salad. Of course, this party wouldn’t be a real CRDT party without a small game. A lucky draw was announced: in four of the many balloons, decorating the guesthouses and office, there was a prize to be won: either a dinner for two or a one night stay in an air-conditioned room. While some guests looked around hesitantly, there were a few who got the message and jumped up with forks to pop the balloons. Within fifteen minutes the lucky four were able to collect their prize!

The night ended with drinks, music, and good conversation. All in all, a great success for both Le Tonlé and CRDTours. We want to say thanks to everyone who enjoyed the opening party. We are very proud of all the hard work put in by both the CRDTours and Le Tonlé staff. And on behalf of them: we hope to see you soon!

The new office of CRDTours is located opposite of Le Tonlé Guesthouse and Restaurant in Street 3, Kratie town. The office is decorated to inspire people, both staff and tourists. Conveniently located close to the riverside, with lots of information about the projects of CRDT and ecotourism opportunities, the new office gives CRDTours the chance to become yet more professional, offer better tour information and continue to cater to all the needs of tourists.

OUR PARTNERS
THEY RECOMMEND US !
CONTACT US !
SOCIAL MEDIA
Drop Us Message
© 2016 Cambodian Rural Discovery Tours – All Rights Reserved.
Contact Us

We're not around right now. But you can send us an email and we'll get back to you, asap. 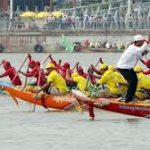 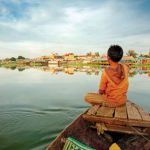